An integral part of any successful guerrilla marketing campaign is choosing the right media in which to deliver the message. Surprising to some marketers, deciding which media are appropriate is not really about a company’s competitive advantage or its products’ benefits as much as what that firm’s message is. Each of the media have a specific power, and a guerrilla’s job is to tap in to the power of that specific media.

Here is a list of major media (in alphabetical order) and the strengths and drawbacks of each:

Billboards
The only purpose of a billboard is to remind people where they’ve seen a company before and to remind them of what else that firm is saying and doing. Businesses can’t do too much of a selling job on billboards. Many traditional marketers expect too much of billboards and try to put too much information on them. It’s hard to make a sale just with billboards. They can’t do the whole selling job, but they can remind people of where they’ve heard of a company before and how they can benefit from doing business with that firm.

Brochures
The strength of brochures is their ability to give details. But marketers need to be careful of what details they include. Too often companies make a fair investment producing good brochures, only to find that they’re outdated in a short time. Don’t dare say anything like, “Our company is four years old,” because next year when the firm is five years old it will need a new brochure. Instead, say, “Our company was founded in 1996,” because that’s always going to be true. Don’t show any pictures of employees in a brochure, because next week one of them could be picked up for being a serial killer. Brochures must be created to be as timeless as possible, so it’s not necessary to keep producing new ones.

Direct Mail
The power of direct mail is urgency. Direct mail works much better if a business has an offer that expires within a short time. Adding the element of urgency to direct mail will garner a much better response. The disadvantage of direct mail is that it didn’t earn the title “junk mail” by accident. Much of it is junky. Consequently, it is hard to get customers to open direct mail envelopes. So one of the most important things in direct mail is the envelope. Marketers must get past that first barrier. That’s why postcard mailings are so good, because there’s no envelope.

Fliers
The power of fliers is economy. They can be created, produced, and distributed for hardly any money, and they frequently can deliver instant results. The only disadvantage with fliers is that if they’re poorly produced they will undermine the company’s credibility.

Internet
The greatest power of the Internet-and this is something that makes the Internet different from all the other media-is interactivity. One disadvantage of the Internet is that many marketers fail to capitalize on this interactivity, because they treat their Web sites like a television commercial. But that’s not what it’s like. Interactivity is what the Internet is about: Get people’s attention and then inform them and try to involve them and answer their questions. Let them register to get a free newsletter and take advantage of the interactivity of the Internet.
Most people use the Internet because of speed and convenience. Too many marketers take too long before responding to emails or fail to update their sites on a regular basis; they get in the way of the speed, which is what attracted people to the Web site in the first place.

Magazines
The greatest power of magazines is credibility. Readers will attach to the advertiser the same credibility that they associate with the magazine. For businesses that need credibility, magazine ads are one of the best ways to get it. But because of the high cost of consumer magazines, I suggest running one full- page ad in a regional edition of a national magazine, then using the reprints forever. When people see “As advertised in Time magazine,” they tend to think lofty thoughts about that advertiser. And never forget that you’re known by the company you keep. That means, if a small business advertises in Time it will be keeping company with IBM, AT&T, Microsoft, and the other huge names that run regular ads in that magazine. Guerrillas also can run ads regularly in business or trade magazines, but consumer magazines are just too pricey for smaller companies.

Newspapers
The power of the newspaper is the news. Marketers who decided that the best marketing medium for their company is the newspaper need to create marketing that’s newsy, because that’s what people read newspapers for.
Although it’s possible to generate a great deal of business by running one large newspaper ad for, say, a sale, one big ad is really not enough. It will help promote that sale, but generally guerrillas don’t always want to have sales. That attracts the worst kind of customers, ones who are attracted to price only, and that means a diminishment of profits. So if a company is in a newspaper, it should be running on a regular basis. The ads don’t necessarily have to be big, but they should run on a regular basis.
There is a great deal of competition in the newspaper business, there are many other companies that are advertising; the competition isn’t just a firm’s direct competitors but everybody who advertises.

Radio
Radio’s greatest power is intimacy. Radio is usually a one-onone situation; frequently it’s just a person in their car driving and listening to the radio. So when a company is talking to them it’s one on one. Don’t yell at them, just whisper in their ear, because they’re paying attention.
Remember, though, that the key to success with radio is the frequency of the advertising. If a company doesn’t run its ads frequently enough, the advertising won’t work.

Telemarketing
The power of telemarketing is the rapport. Only in telemarketing can a business establish a two-way rapport immediately, via the telephone. It’s impossible to do that with most other media.
Unfortunately, telemarketing has a bad reputation. This is mostly because there’s so much of it going on these days and telemarketers seem to call at times that are convenient for them but inconvenient for prospects and customers. For example, telemarketers have learned that the best time to call is around dinnertime, and that upsets a whole lot of people.

Television
Television’s greatest power-and everybody who does television knows this, but amazingly a lot of other marketers don’t seem to know this-is the ability to demonstrate. Businesses can’t demonstrate a product as well in any other media as they can on television.
But with television the ads have to be on a lot, because not a lot is not enough. A company can run one newspaper ad for a sale it’s having and might get a great deal of business because of that one ad. But if that firm runs one television commercial, almost no matter what it does, it’s not going to work. Businesses that advertise on TV need to have a schedule in which the ads are running several times a day, several days a week, several weeks a month on a regular basis. Like radio, with television it’s necessary to have that frequency, and unless companies have the money to afford to be on enough times, TV advertising won’t work for them.
Another disadvantage with television is that special effects are so easy and inexpensive that some marketers get carried away with them. Most people mute the television set when the commercial comes on, which means it’s necessary to tell the story visually. If the ad is not telling the story visually, it’s not telling the story. A good way to prove that a commercial is good is to see it with the sound off before it runs. If it tells the story with the sound off, it means the marketers who created it are doing a good job.

Trade Shows
Trade shows are attended by people in a buying mood. A guerrilla’s job at a trade show is to make sales and take names. In the week following the show guerrillas must contact all the prospects who visited their booths, because people forget lightning-fast.
It’s tough to man a trade show booth, because of the intensity and attention required. But it is worth the effort. I have some clients who get 90 percent of their business at trade shows. And trade shows are growing in both effectiveness and popularity.

Yellow Pages
Detailed information is what people are looking for in the yellow pages. They don’t just want a company’s phone number, they want to know its competitive advantages. It’s also important to include those advantages in yellow pages advertising, because business are going to be on the same pages as their competitors.
Customers probably will be reading the ads of all of the businesses listed, so that’s where a company’s competitive advantages come into the greatest play.
The fact that all of a firm’s competitors are listed alongside it is one of the disadvantages of the yellow pages. One of the silliest things that happens in marketing is that companies get yellow pages ads and then they run radio and television ads and end them by saying, “You’ll find our location conveniently listed in your yellow pages.” If they do that, they’re directing customers to all of their competitors. Guerrillas put their location in their ads and in their marketing materials and never direct people to the yellow pages. Let them find the firm in the yellow pages on their own, because they’re going to be seeing all of its competitors at the same time.

This site uses Akismet to reduce spam. Learn how your comment data is processed. 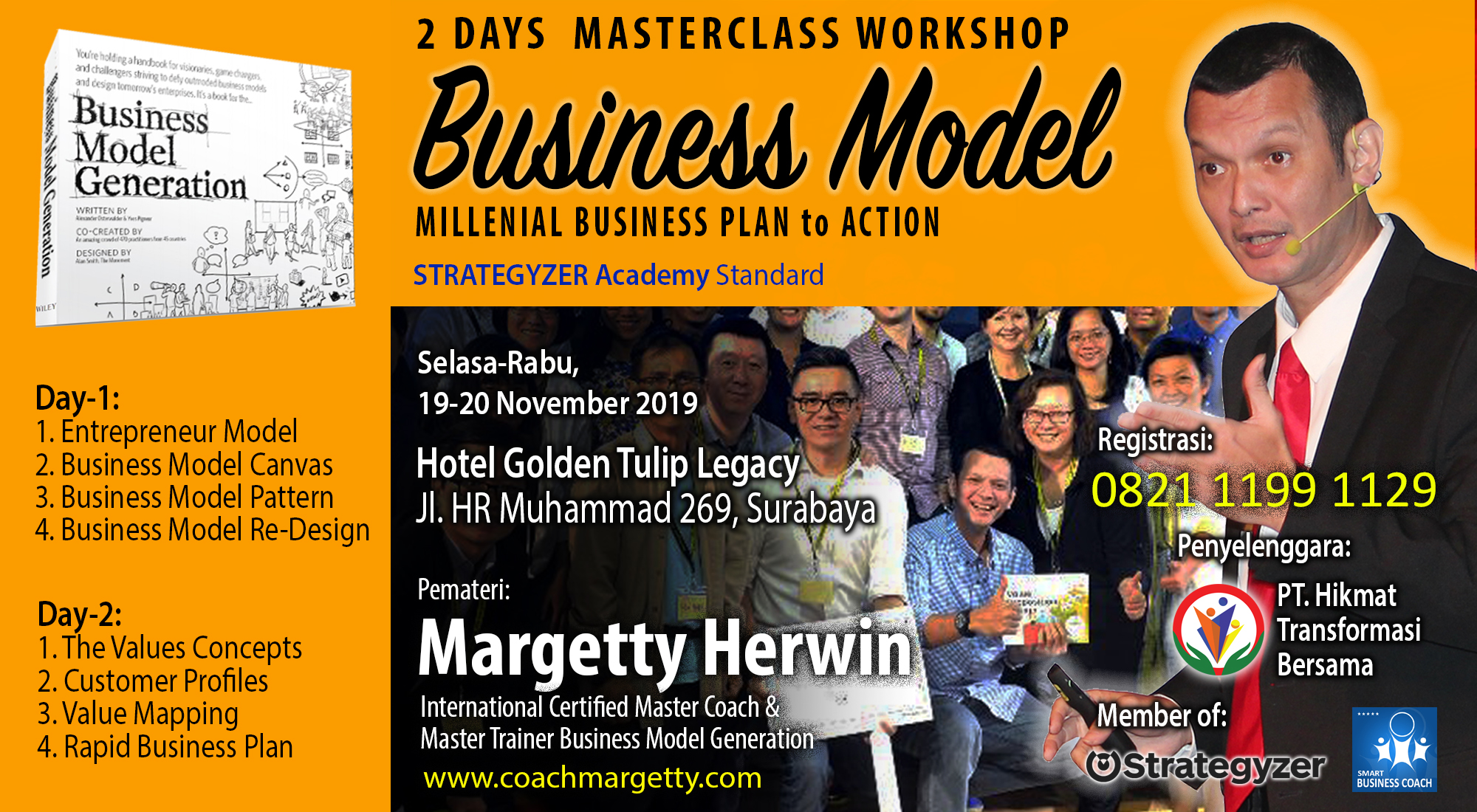 How to Handle Personal Character